Every year when St. Patrick’s Day rolls around, the world turns into one big party. People all over celebrate this Irish holiday and look forward to wearing an all-green ensemble in the process.

While everyone is well aware this day involves drinking, partying and the Irish, there are lots of fun things about this day that might surprise you. Here are 10 little-known facts about St. Patrick’s Day you can share with fellow party goers on March 17th. 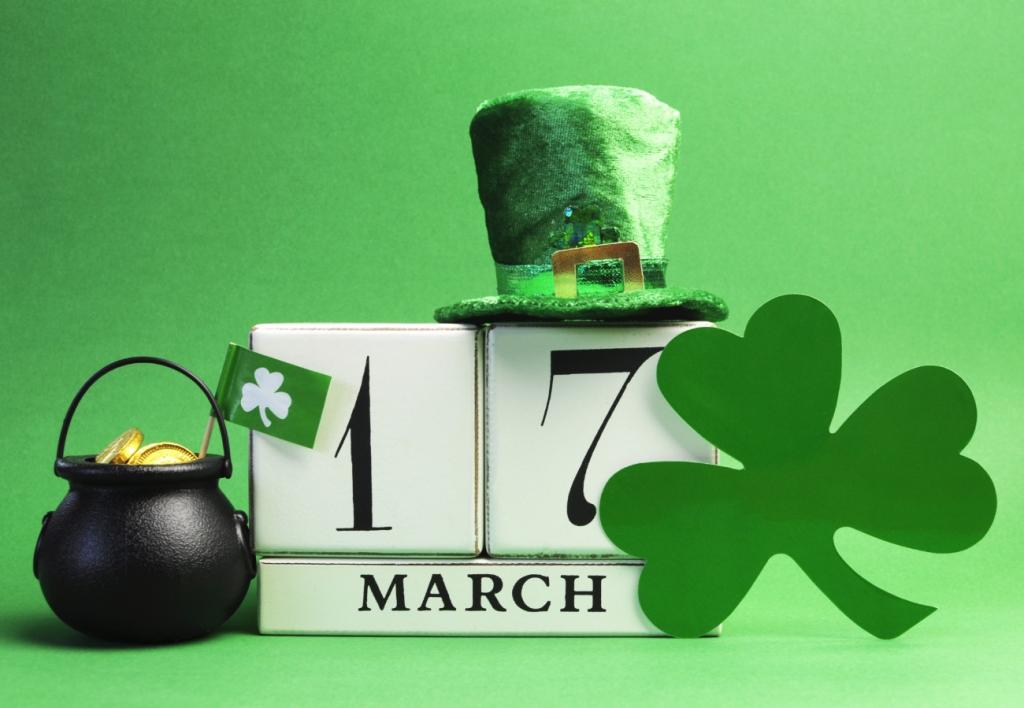 1. It’s a National Holiday in Ireland

Even though St. Patrick’s Day is a widely celebrated holiday in the U.S., everyone still has to go to work and school that day. But in Ireland, it was declared a bank holiday. The country celebrates it from morning till night every year on March 17th.

Contrary to popular belief, the Irish saint that has a holiday named after him isn’t actually Irish. Saint Patrick was born in Britain in the late 4th century¹ to a Christian family of Roman citizenship. His story is quite the roller coaster — Saint Patrick was captured by Irish raiders at age 16 and held captive for six years in Ireland.

Once Patrick eventually escaped and arrived back in Britain, he believed he was called to christianize Ireland and would return to the country where he was once a prisoner. After nearly 30 years of missionary work, almost all of Ireland was entirely Christian and St. Patrick was well acknowledged for his contribution.

3. New York City Was the First U.S. State To Celebrate It

St. Patrick’s Day finally became a relevant U.S. holiday on March 17th in 1762.² Americans held a parade to honor the Catholic feast day of St. Patrick. It was held by Irish soldiers who served in the British army and continued to grow as a holiday year after year.

4. The McDonald’s Shamrock Shake Started In 1970

Something that has become an American staple leading up to St. Patrick’s Day is the McDonald’s Shamrock Shake. The green and minty milkshake has been a holiday favorite since 1970.³ It was invented by a restaurant owner named Hal Rosen in Connecticut and it was so delicious that the Shamrock Shake would later debut on menus across all locations as a seasonal treat.

In 2018, Americans spent a whopping $5.9 billion on St. Patrick’s Day.⁴ This figure has steadily climbed over the years and on average, each person spends $39.65. The costs involved include a lot of alcohol purchases, travel and green party favors that keep everyone in the spirit. Plus, nearly 85 percent of people plan to buy and wear green to celebrate the occasion.

St. Patrick has an entire holiday revolved around him, but he isn’t technically a saint. That’s because he was never canonized by the Catholic Church. The formal process for canonization didn’t start until the 12th century, and he died long before in the fifth century.⁵

St. Patrick is praised for his dedication to Christianity and sharing it with those in Ireland. He is said to have baptized hundreds of people on a single day and was the first major figure to reject slavery.⁶ Still, his popularity sat well with the public which is why we’ve come to know him as a saint.

This leaf has been forever associated with the luck of the Irish since St. Patrick used it as a teaching tool while converting Ireland to Christianity.⁸ Even he had a hard time searching for them and instead had to settle on a three leaf clover that would represent the Father, Son and the Holy Spirit.

8. Over 13 Million Pints of Guinness Are Consumed On St. Patrick’s Day

The Irish beer has been tediously crafted since their product was formed in 1759. Guinness has an iconic formula that’s been written to make a perfect beer each time. It starts out with dark-roasted barley that’s precisely roasted at exactly 232 degrees celsius.⁹ Guinness experts estimate that it takes 119.5 seconds to pour the perfect pint and that each one should have roughly three million bubbles in it.

Part of the hype around St. Patrick’s Day is that everyone in the U.S. is given a reason to embrace their inner Irish. In fact, nearly 40 million Americans claim Irish heritage which is more than eight times the population of Ireland. Most people with Irish ancestry reside in Boston which claims 20.4 percent of the American-Irish population.¹⁰

10. There Are So Many Ways To Celebrate St. Patrick’s Day Around The World

Aside from religious purposes, St. Patrick’s Day has become a holiday that allows people to let loose and celebrate. There are a ton of events and traditions that happen each year around the world. Iconic monuments like the London Eye, Empire State Building and the Pyramids of Giza are lit green. Water is dyed in a Savannah, Georgia fountain, the Chicago River and the Vilnius River in Lithuania.

Ireland is one of the best places to be on this day thanks to the massive St. Patrick’s Day parade that overruns the streets with leprechaun outfits, green attire and lots of spirit. With so much happening just about everywhere in the world, it certainly isn’t hard to find something to do each year on March 17th.