5 Reasons to Get Your Flu Shot Now

The flu strike every year, running from October to March and affecting millions of people with symptoms ranging from stuffy sinuses to fevers and chills to vomiting. Yet year after year, many people fail to protect themselves by getting the flu vaccine.

There are plenty of reasons people choose to skip their annual flu shot – but it’s important to know that when you forgo the vaccine, you’re putting yourself and everyone you come in contact with at risk of grave illness. Here are five reasons you need to get your flu shot before the height of cold and flu season arrives. 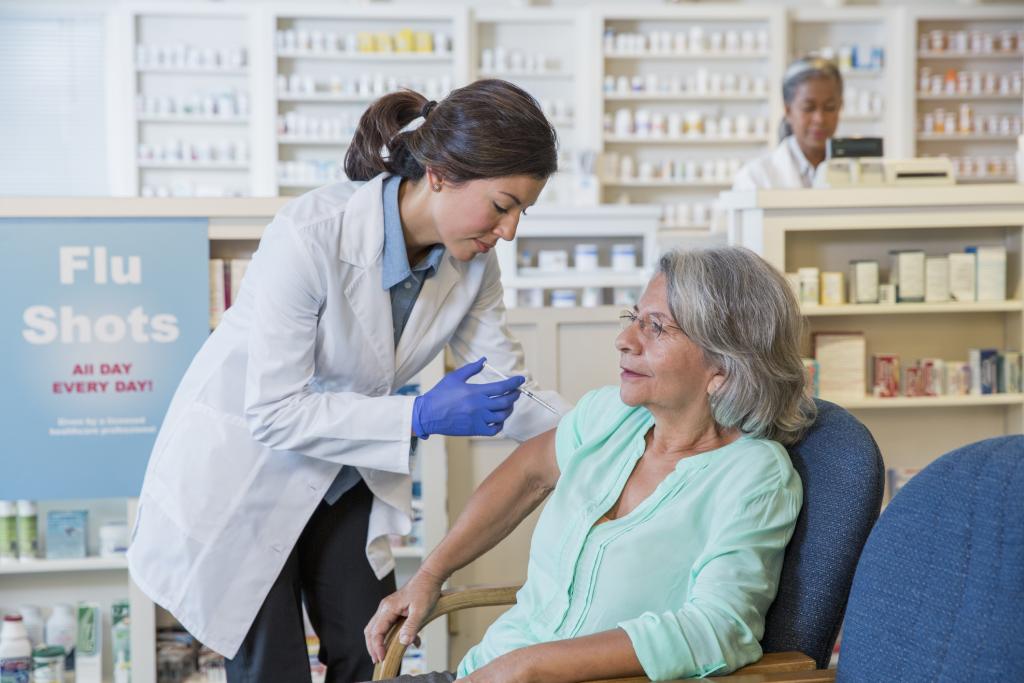 The flu shot is released in early fall every year, yet many people choose to wait before getting the vaccine. After all, if you get the shot right when it’s released in September, you’ll be far away from flu season – or so the thinking goes.

However, it’s not a good idea to wait when it comes to the flu vaccine. As the Mayo Clinic¹ reports, the flu shot takes two full weeks to become effective. Once you’ve received the vaccine, you’re at risk of contracting the flu for those two weeks because your body has yet to produce the antibodies needed to fight off this illness. That’s why it’s recommended that you get your flu shot before flu season kicks into high gear in late fall.

Think you won’t get the flu this year because you didn’t catch it last year? Or do you think you’re protected because you’ve already had the flu? There’s only one way to protect yourself from the flu, and that’s by getting the flu shot.

This is because the flu virus evolves quickly. The virus can even change during cold and flu season, becoming more complex or more dangerous. Every year a new strain of the flu appears and a new vaccine designed to target multiple strains must be developed – which is why it’s critical to get vaccinated annually. Additionally, the Mayo Clinic² writes the flu vaccine can only protect you for a number of months; most flu vaccines become ineffective by February.

3. The Flu Can Be Incredibly Deadly

It’s often assumed that a bout of the flu is nothing more than an annoyance. Contract the flu and you’ll likely spend a few days feeling exhausted, stuffed up, and left with a lingering cough. However, the flu isn’t as simple – or as minor – as many believe.

Every year, the flu is a highly deadly illness that strikes individuals of all ages. The 2017 flu season killed 80,000 people, Fortune³ reports, making it the deadliest influenza season in 40 years. And many more were hospitalized because they suffered severe flu symptoms.

If you want to reduce your risk of death or hospitalization, there’s only one way to prevent the flu entirely or relieve its symptoms: vaccination. This year, the flu’s strength and severity has yet to be seen, but you won’t want to take the risk.

4. The Flu Shot Protects Against Even Worse Conditions

In addition to causing pain and suffering on its own, the flu can carry some long-lasting or highly serious impacts on your health. While the flu often causes nothing more then the symptoms of a typical upper respiratory infection that clears up within a week, its effects can leave you worse off if left to progress.

5. This Year’s Flu Shot Is Effective, Painless, and Affordable

For the first time in two years, Health⁵ reports that the CDC has announced that the flu vaccine will be available as a nasal spray. Instead of being administered by injection, it can be sprayed into the nose, offering a totally painless vaccination option.

Additionally, your flu shot may be 100 percent free. As CNBC⁶ writes, the Affordable Care Act requires health insurance companies to cover the cost of the flu shot – and you can’t be charged a copay. However, make sure to check your plan before getting vaccinated. Some insurance plans will only cover your flu shot if it’s given by certain doctors.