Everything You Need to Know About the PlayStation 5

While Microsoft had a rough time last generation, it was mostly smooth sailing for Sony. The PlayStation 4 came out of the gate in 2013 with all the momentum and never really slowed down. In fact, the PS4 sold so well that it beat out the original PlayStation and Wii to become the second best-selling console of all-time.

However, nothing lasts forever. Considering the PS4 is getting up in age, Sony is looking to transition to a more powerful machine in the PlayStation 5. But can the PS5 live up to the monumental success of its predecessor? Although that answer will come November 12, it doesn’t stop us from taking a deep dive at what we know, right now. 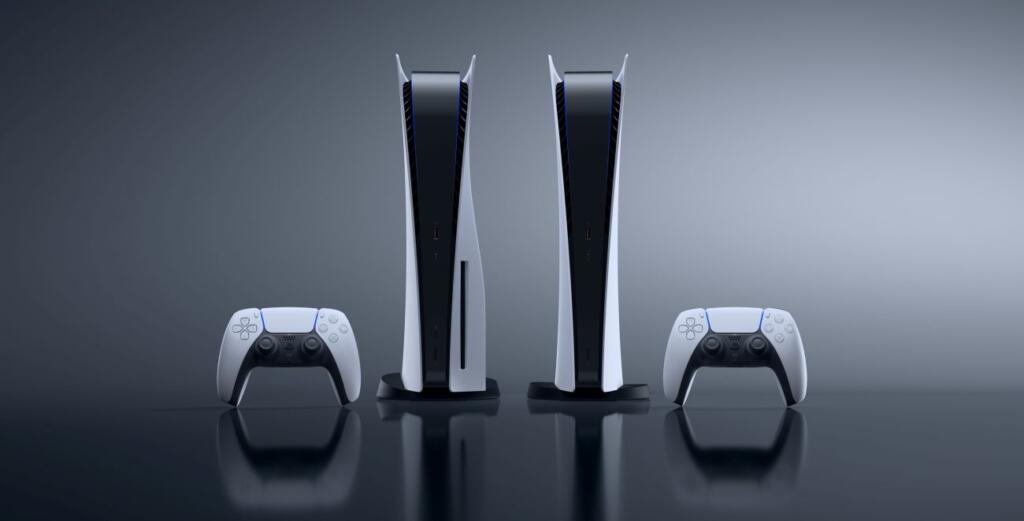 While it may be bold of Sony to use “Play Has No Limits” as the slogan for their newest console, the PS5 backs it up with some impressive specs. Namely, the console comes packaged with a:

With this power, the PS5 can output up to 4320p of resolution on supported 8K displays and smooth frame rates of up to 120 frames per second on 4K displays. Add in ray tracing and HDR support, and PS5 delivers video game graphics with vibrant colors and “true-to-life” lighting.

In terms of performance, Sony believes that the inclusion of the solid-state drive will lead to the PS5 being approximately 100 times faster than the PS4. This faster processing power will lead to shorter load times, the ability to interact with different parts of the system without leaving the game, and fewer issues with pulling data from the console such as texture pop-in.

To show off all these stunning features, Sony has pre-installed Astro’s Playroom on every PS5. The game is a 3D platformer with four worlds. Each world will teach players about a different feature of the PS5 and its controller.

One of Sony’s biggest strengths is its wide variety of exclusive games. From the visceral action of God of War to the detailed racing simulation of Gran Turismo to the family-friendly fun of LittleBigPlanet, Sony has an exclusive for every type of gamer. And the PS5’s launch lineup is no different.

Originally released for PS3 in 2009, Demon’s Souls never got a fair shake due to a lack of faith from Sony and poor Japanese sales. Despite those setbacks, the game would find an audience outside of Japan. This led to Demon’s Souls spawning an entire sub-genre, along with plenty of more popular successors — namely the Dark Souls trilogy.

Now a decade later, Sony is trying to make amends by tasking the talented developers at Bluepoint Games to remake Demon’s Souls for PS5. Considering Bluepoint has been handing remastering and remaking Sony games for nearly 10 years at this point, this remake is in good hands.

For the uninitiated, Demon’s Souls is a third-person action game set in a dark fantasy world. Infamous for its difficulty, the game tasks players to survive a never-ending gauntlet of increasingly difficult foe as you journey to slay the hardest of them all, The Old One.

With Godfall, Gearbox and Counterplay Games are looking to translate the gameplay loop of looter shooters like Destiny and Borderlands to the fast-paced combat of third-person action games.

This self-proclaimed “looter-slasher” challenges players to hone their skills and collect loot by fighting off hordes of armored foes. Although players can engage in these challenges alone, there are special benefits to playing co-op with up to two other players. For instance, enemies can use special techniques to handle additional players.

After the massive success of Marvel’s Spider-Man, Insomniac is back with a new web-slinging adventure just in time for the launch of the PS5.

Marvel’s Spider-Man: Miles Morales puts players into the shoes of the titular fan-favorite as Peter Parker leaves New York under his protection. When a war between two criminal organizations threatens Miles’ home of East Harlem, the young web-slinger will quickly learn what it really means to be a superhero.

For those who missed out on or would like to revisit the first game, you’re in luck. The Ultimate Edition of Miles Morales comes with a remastered port of Marvel’s Spider-Man.

After trying his hand at 2D platforming, kart racing, and level creation, Sackboy is ready to take on the world of 3D platforming alongside the release of the PS5.

Sackboy: A Big Adventure tasks the PlayStation mascot with saving the denizens of Craftworld from the nightmarish Vex. On this adventure, Sackboy will explore fantastical worlds made of yarn and fabric. Plus, Sackboy can tackle these obstacles alone or with up to three other sacklings.

While these exclusives may receive all the attention leading up to launch, there are plenty of games coming to PS5 on day one. This includes:

On top of these games, 99 percent of PS4 games will work on the PS5 right out of the box.

If you didn’t own a PS4, Sony has you covered. By subscribing to PlayStation Plus, a membership program needed to play online, you get access to a curated library of generation-defining PS4 games known as the PlayStation Plus Collection. At launch, the library will include:

It can be expensive to buy a brand-new set of accessories for each new console generation. Fortunately, Sony is rewarding PS4 owners for their continued loyalty. Most first- and third-party PS4 accessories, including the DualShock 4, wireless headsets, and PlayStation VR, will work on the PS5. However, not all accessories are guaranteed to work. As such, Sony recommends checking with the accessory manufacturer for confirmation.

While being able to use your old accessories for the new generation of PlayStation is an incredible bonus, Sony has a good selection of new accessories to entice potential buyers.

The brand-new DualSense controller builds off the successful design of the DualShock 4. As such, the DualSense features the exact same button layout and familiar features like the integrated speaker, touchpad, and motion sensor. Furthermore, the new controller changes the Share button into the Create button — which promises more options to capture and broadcast your gameplay — and moves the light bar to under the touchpad.

Apart from a couple of changes to features found in the DualShock 4, the DualSense adds a few new bells-and-whistles to increase immersion.

First is the built-in microphone, which allows users to chat with friends without needing to buy a dedicated headset. If users wish to turn off the microphone, there is a mute button just under the PlayStation button.

Next up is haptic feedback. This feature replaces the rumble motors found in past DualShock controllers with dual actuators. Much like the HD rumble found in the Switch’s Joy-Con controllers, these actuators can create dynamic vibrations throughout the controller, which can make users feel the footsteps on different surfaces or the recoil from a weapon.

Lastly, the DualSense includes adaptive triggers. Thanks to this feature, the resistance of the L2 and R2 triggers will change depending on the situation in-game. This means users will feel the increasing tension of pulling back a bowstring or the force that comes from slamming on the brakes.

While the default white DualSense controller comes with the purchase of a PS5, you’ll need to pay extra for the black variant or another controller. At launch, the DualSense will cost $69.99.

Although it works on the PS4 and computer, the PULSE 3D Wireless Headset is meant to take full advantage of the 3D audio that the PS5 produces.

The PULSE Headset features a similar design to the PS4’s Gold Wireless Headset with refined padding for your ears and a headband strap. One last addition is the inclusion of dual hidden microphones. Thanks to crystal-clear audio capture and noise-canceling technology, these microphones will ensure that your voice doesn’t get cut off when chatting with friends online.

Come launch, the PULSE Headset will set you back $99.99. Much like the DualSense, the headset comes in black or white.

Being on the cutting edge of technology comes at a price — especially when it comes to video games. The prices for new consoles can be steep for the average consumer. Fortunately, Sony is offering a degree of choice when it comes to the PS5.

While the default PS5 will cost $499.99 at launch, consumers will be able to grab the PS5 Digital Edition for $399.99. This $100 dollar discount is due to the removal of the PS5’s disc drive. This means you can’t play any PS4 or PS5 discs on the Digital Edition. However, if you aren’t attached to physical video games, the $100 discount may be worth it.