Most Anticipated Games of 2020

Gamers have a lot to look forward to in 2020. While the new generation of consoles tends to steal the spotlight, these games are equally deserving of some attention. There are a ton of sequels, continuations, and fresh new storylines coming out that are sure to keep you entertained.

From first-person shooters to life simulators and everything in between, there’s something for everyone among the queue of releases. Be on the pulse of what’s to come in 2020. As such, check out this round-up of the year’s most anticipated games. 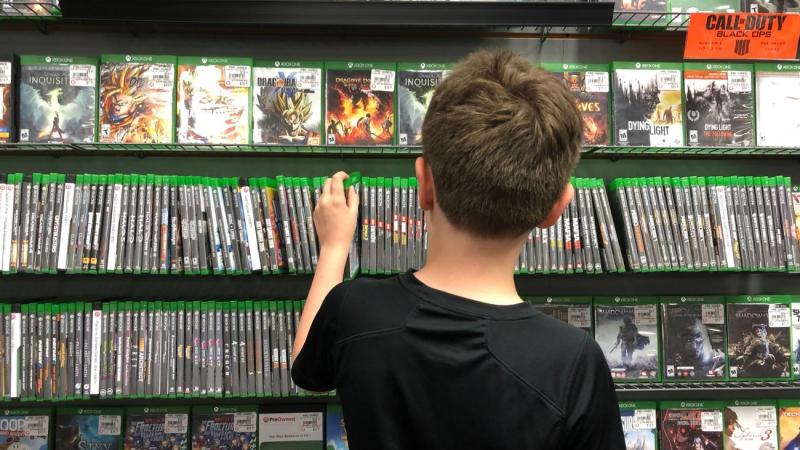 Ever since Square Enix teased gamers with the now infamous E3 2005 tech demo, Final Fantasy fans have been clamoring for a remake of the seventh entry. While other entries got the remake/remaster treatment, Square Enix kept tight-lipped on the possibility of remaking Final Fantasy VII. Well until 2015.

Despite what the title might make you think, this game is only the first part of this remake — or rather reimagining. While the game still follows Cloud, a former member of SOLDIER, and Avalanche as they try to stop Shinra from exploiting Mako energy, it takes a deeper dive into the city of Midgar and the cast of characters.

In addition to the expanded story, Final Fantasy VII Remake makes some drastic changes to the battle system. Instead of the traditional turn-based battles of the original, the remake mixes real-time action with command menus to select special abilities and items. 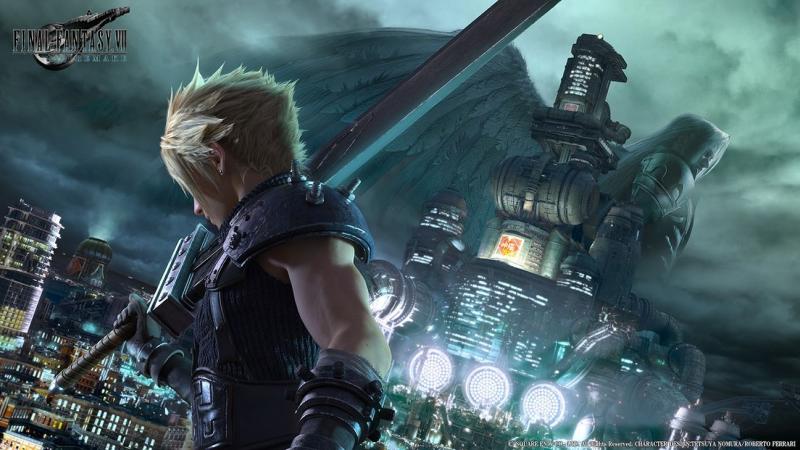 After a stressful day at work or school, it can be nice to sit back and escape into your favorite game. Some people like action-packed shooters, precision platformers, or brain-teasing adventure games, while others just want a stress-free social life in a town of their own creation.

For many, Nintendo’s cutesy life simulator, Animal Crossing, scratches that itch. Unfortunately, it’s been almost seven years since the last main entry. Luckily, the series’ debut on the Nintendo Switch is on the horizon.

Set to launch March 20, Animal Crossing: New Horizons takes players to a deserted island. Using the available resources and their own creativity, players are free to create the island of their dreams. Enjoy a relaxing stroll along the beach, use the new crafting system to furnish your home, or interact with the animals you attract to the island… the possibilities are endless. 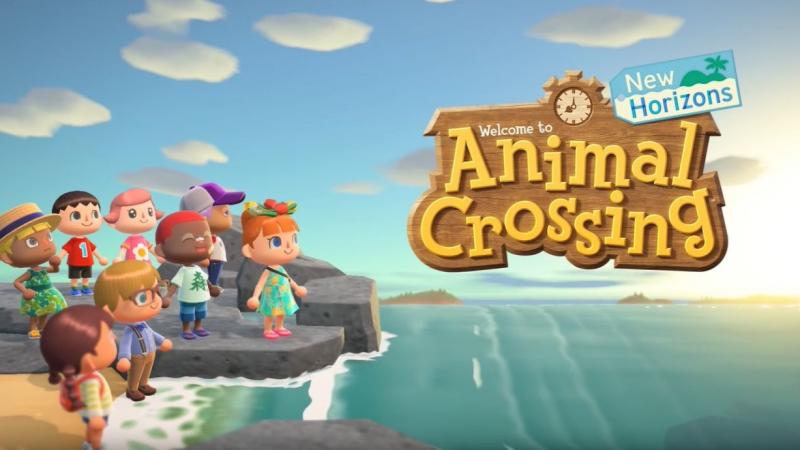 You may be wondering, “Didn’t Nation cover Doom Eternal as one of the biggest games of fall 2019?” We did. Unfortunately, Bethesda delayed the game into 2020 a month after that article went live. Thus, the reason it makes this list.

If you need a refresher, Doom Eternal is id Software’s highly anticipated follow up to their 2016 reboot. As Doom Slayer, players must use their incredible speed and impeccable arsenal to save the Earth.

Set to release on March 20, Doom Eternal will be available on Google Stadia, PC, Xbox One, and PS4. The Nintendo Switch version is set to release at a later date. 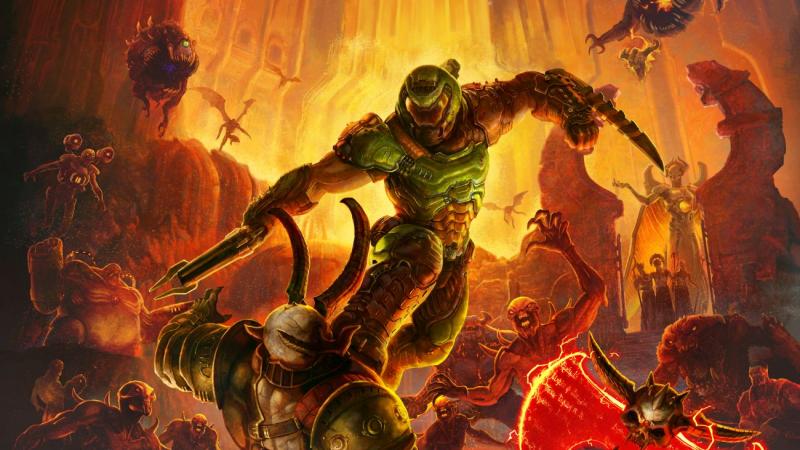 With its mature story, stylish graphics, and frenetic turn-based combat, Persona 5 stole the hearts and minds of RPG fans in 2017. However, much like past entries, Atlus has an enhanced version in the pipeline. But how can you improve on perfection?

Well by adding so much more. Persona 5 Royal adds a new playable character, new dungeon, third semester of school, and more social links. And that’s only the tip of the iceberg as P-Studio is tweaking tons of mechanics in order to make this the ultimate version of Persona 5.

Come March 31, boot up your PlayStation 4 and join the Phantom Thieves of Hearts as they stage grand heists and force corrupt adults to change their ways. 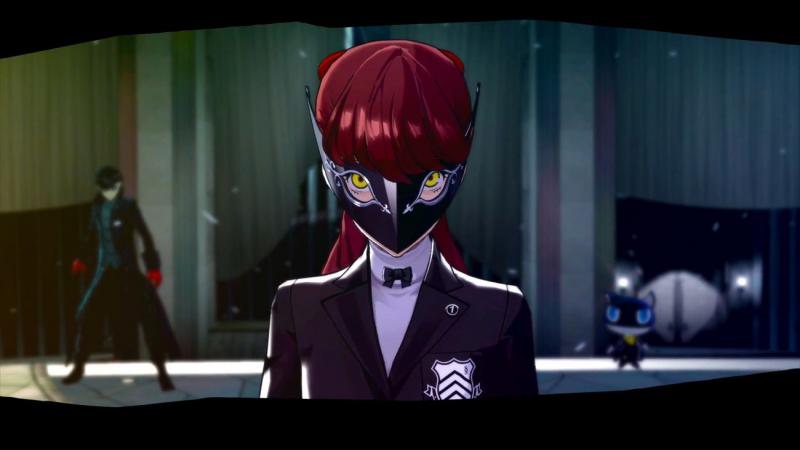 Over the last decade, many lost hope that Valve would ever make another game. It seemed like the company famous for Half-Life, Portal, and Team Fortress 2 was content in managing its platform and venturing into virtual reality. Like the meme goes, Valve couldn’t count to three.

While not entirely proving the meme wrong, Valve has a sequel coming down the pipe — and sooner than you think. Set for release in March, Half-Life: Alyx is a brand-new entry in Valve’s venerable series built entirely for VR.

Taking place between the events of Half-Life and Half-Life 2, players are quite literally put in the shoes of Alyx Vance. Explore the desolate landscape of City 17, rip headcrabs away from your face, and make shots that are impossible using a regular controller as you work to defy the Combine’s occupation.

Despite being built alongside the Valve Index, Half-Life: Alyx will be compatible with the HTC Vive, Oculus Rift, and Windows Mixed Reality headsets. 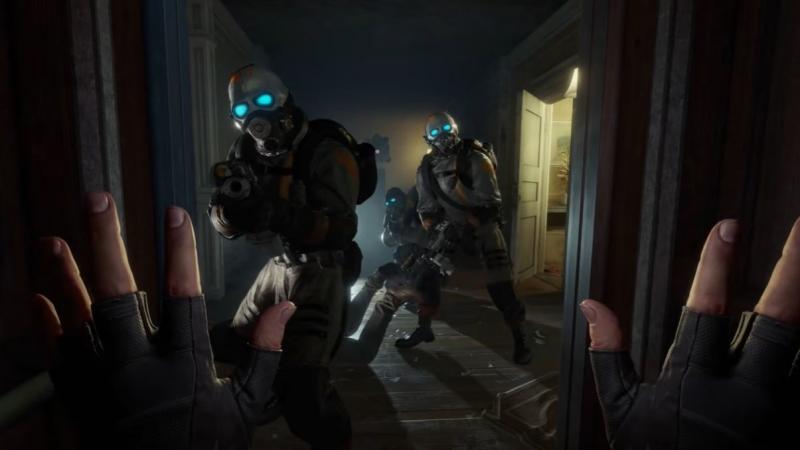 Even before Keanu Reeves started promoting the game, Cyberpunk 2077 was on the radar for many gamers. The reason being the pedigree of Cyberpunk’s developer, CD Projekt Red. CD Projekt made their name off the highly-acclaimed action RPGs based on The Witcher novels. Instead of medieval fantasy, CD Projekt has set its sights on adapting the dystopian future of the Cyberpunk tabletop RPG.

In Cyberpunk 2077, you take on the role of an outlaw named V. As V, players explore the open world of Night City as they search for a prototype implant with the key to immortality. Much like The Witcher games, the choices you make in the story and regular gameplay affect the world in meaningful ways.

You don’t have to wait too much longer for this massive open-world RPG. Cyberpunk 2077 releases for Google Stadia, PC, Xbox One, and PS4 on April 16. 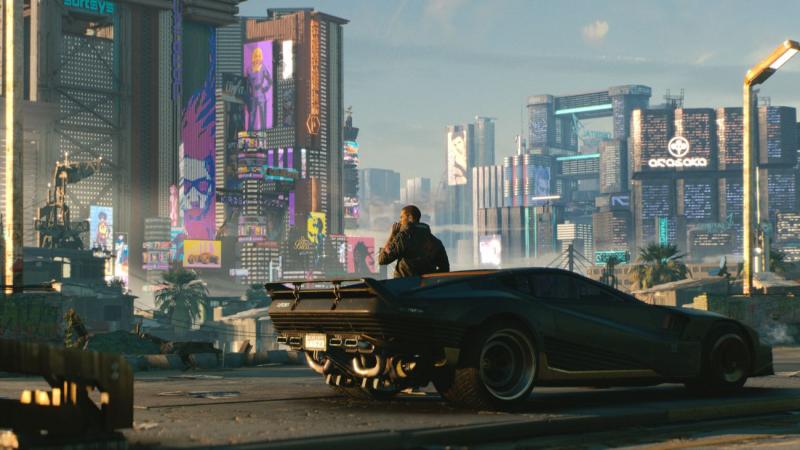 Every year, Marvel dominates the global box office with highly acclaimed movies. Other than a few bright spots, that dominance hasn’t translated to video games. Fortunately, Marvel is looking to change that. While Sony’s Spider-Man and Nintendo’s Ultimate Alliance 3 are a great start for this new initiative, Marvel is looking for a homerun with Marvel’s Avengers.

Being developed by Square Enix’s Crystal Dynamics and Eidos Montreal studios, Marvel’s Avengers combines expert storytelling with seamless four-player co-op. While you are restricted to a handful of heroes when playing story mode, the roster of Avengers and the number of threats will grow for the co-op multiplayer, thanks to regular content updates.

After years of development, Marvel’s Avengers is set to release for Google Stadia, PC, Xbox One, and PS4 on May 15. 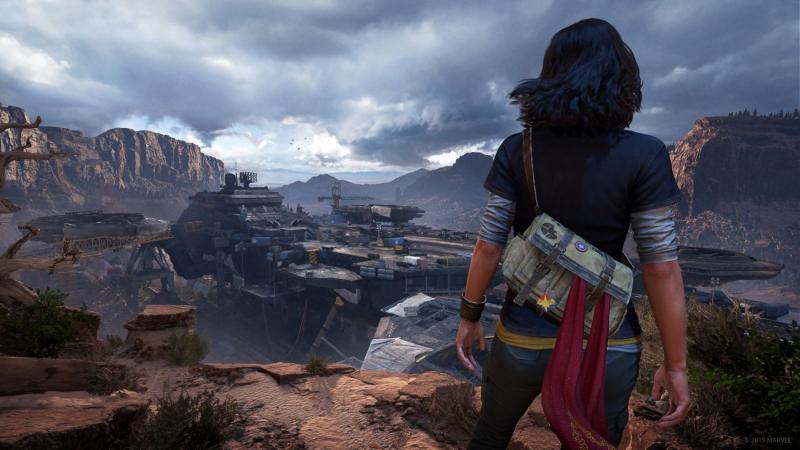 The Last of Us Part II

The Last of Us released in 2013 to universal acclaim and incredibly strong sales. Gamers gravitated to the game’s gritty atmosphere, dark story, and realistic bond between Joel and Ellie. When it came to talks of a sequel, Naughty Dog has a lot to live up to.

Taking place five years after the conclusion of the original, The Last of Us Part II continues Joel and Ellie’s post-apocalyptic journey. After a violent act destroys the peace they found, Ellie sets out on a quest for revenge.

Thanks to the power of the PS4, Part II sets out to take the world of The Last of Us to new heights. A new engine ups the graphics to a more realistic and detailed standard. And the combat and stealth mechanics — a sticking point for some — see huge improvements that make for more variety in gameplay.

Exclusively available for PS4, The Last of Us Part II hits store shelves on May 29. 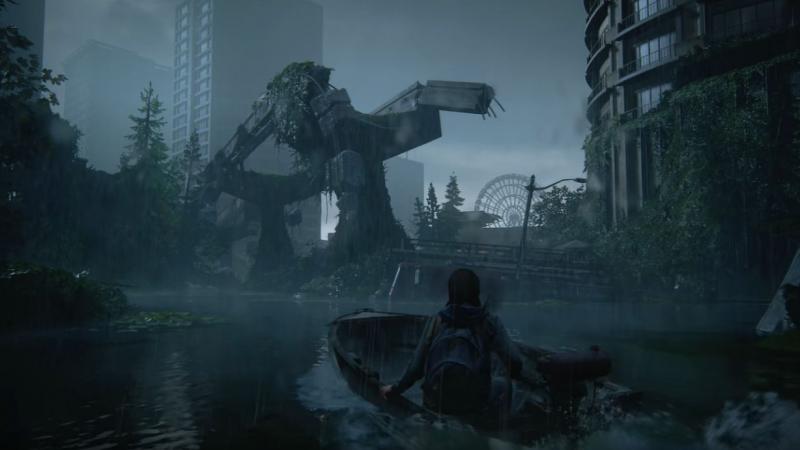 Seattle is overrun by vampires and starting in 2020, you can help solve the mystery of how that happened.

Vampire: The Masquerade - Bloodlines 2 starts off with your character being revived as a vampire. Thrown right into the middle of politics between factions, you must carefully navigate this dangerous new world. Although combat is plentiful, every choice you make — from the faction you choose to the vampire powers you unlock — will drastically change the outcome of the story.

Although it was originally set for a March release, Bloodlines 2 has been delayed to an undisclosed date in 2020. When this highly anticipated sequel finally sees the light of day, it will be available to play on PC, Xbox One, and PS4. 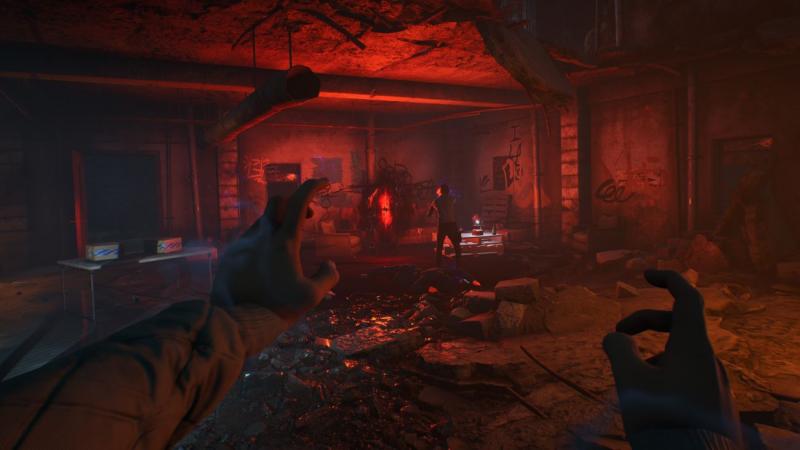 Halo: Infinite is the next major release for Microsoft’s premier franchise. Despite being set to release during holiday 2020, not much is known about the newest Halo game. Regardless, a new entry in this series elicits a ton of excitement from the Xbox faithful. Especially considering it will release alongside the recently announced Xbox Series X.

Is the promise of a bold new direction and brand-new game engine enough to believe in 343 Industries’ new Halo? Guess we will just have to wait and see. 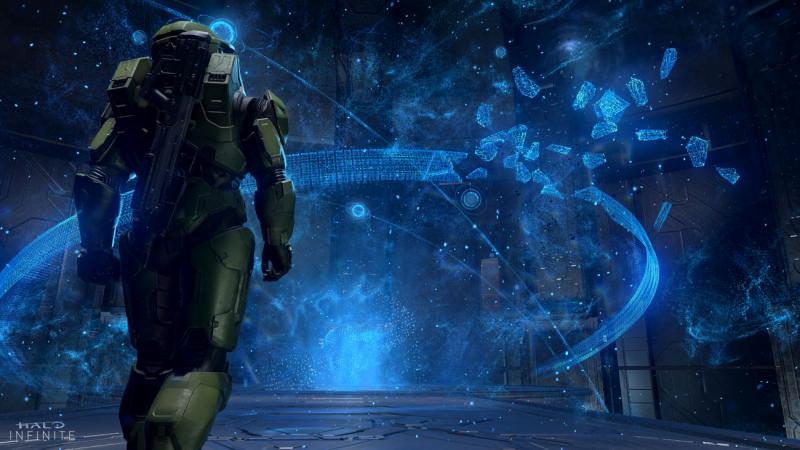 The Legend of Zelda: Breath of the Wild 2

Similar to Halo: Infinite, not much is known of the tentatively titled Legend of Zelda: Breath of the Wild 2. The most that fans have to go off is an E3 trailer that teased some enticing changes to the overworld, a spooky new threat, and new powers for Link. Despite the lack of information, a new take on Breath of the Wild’s open-world is incredibly enticing.

While rumors point to a 2020 release date, nothing is certain. Plus, most Zelda games face a delay or two. Regardless, many Switch owners are hoping to see Breath of the Wild 2 before the end of 2020. 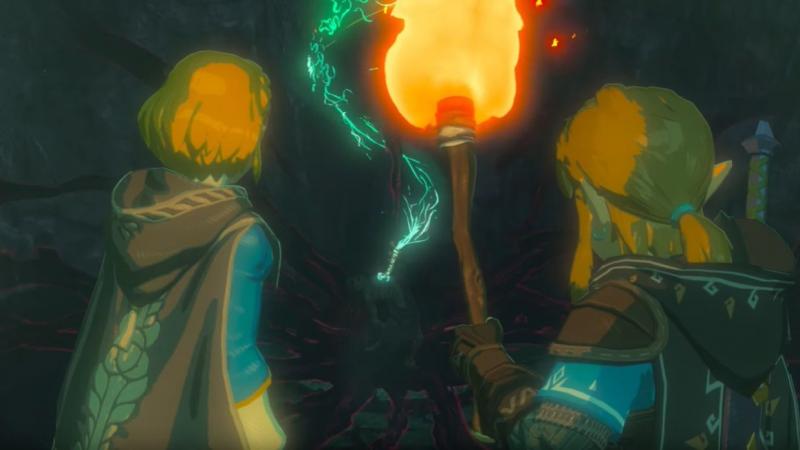